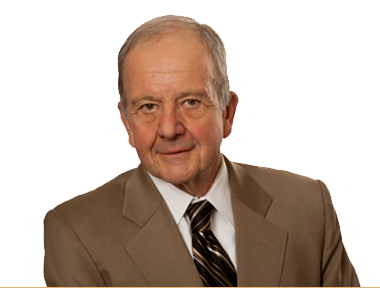 Terry Moritz founded his own firm in order to increase his ability to focus on prompt and efficient resolution of complex commercial disputes.

Mr. Moritz has extensive experience litigating  a wide variety of complex commercial disputes both in court and in ADR settings. He founded Terry F Moritz LLC in 2014 where he has focused his alternative dispute resolution practice on resolving complex commercial disputes. Prior to establishing his current firm Mr. Moritz was been a principal in several significant firms, most recently Goldberg Kohn Ltd. He founded and built the firm’s litigation practice, served as chair of the Litigation Group for over 25 years and served continuously as a member of the firm’s management committee. He has arbitrated over 100 commercial disputes of varying complexity. Mr. Moritz has also served as an advocate in numerous mediations and international arbitrations.. Mr. Moritz is employing the knowledge he has gained as an advocate throughout his career to resolve disputes more effectively and efficiently through mediation and arbitration, as well as other ADR processes.

A list of the subject matters of some of his recent commercial arbitrations is appended to this biography, as is a listing of his mediation and arbitration training.

Mr. Moritz is a member of the American Arbitration Association (“AAA”) serving on its energy, joint venture and commercial panels. He is a member of the both the energy and the commercial panels of the International Institute for Conflict Prevention and Resolution (“CPR”). He is certified by the ADR Committee of the Midcontinent Independent Systems Operator (MISO) and the Board of the Midwest Reliability (MRO) as a mediator and arbitrator. Mr. Moritz is an Adjunct Professor of Law at Loyola University School of Law focusing on ADR matters. He was elected to membership in the American Law Institute and is a Fellow of the Chartered Institute of Arbitrators (“CIArb”) serving as chair of its Chicago Chapter. He is a charter member of the National Academy of Distinguished Neutrals (“NADN” ), He is a board member and panelist for the Forum for International Conciliation & Arbitration (“FICA”) and a member of the ICC Model Consortium Agreement working group. He is the Chairman of the Board of Trustees of Resolution Systems Institute, a not for profit organization focused on strengthening justice by enhancing court supported alternative dispute resolution systems. He regularly serves as a judge and evaluator in the Willem C. Vis International Commercial Arbitration Moot and the Foreign Direct Investment International Arbitration Moot.

He has extensive experience representing financial entities in disputes involving complex commercial instruments. He has represented numerous individuals in their role as members of private and public company Boards and served as the defacto General Counsel for a significant New York based commercial construction company.

Mr. Moritz is experienced in representing governmental entities and has served as special assistant attorney general for both Illinois and Minnesota, successfully defending those states in matters where the constitutionality of state statutes was at issue. He was lead counsel for the State of Illinois in the landmark Goldberg vs. Sweet telecommunication tax decision in the United States Supreme Court.

Mr. Moritz has significant business experience gained in running a significant law firm, as well as serving as an owner and board member of a privately held manufacturing enterprise for over 10 years.

Mr. Moritz authored the Illinois Institute for Continuing Legal Education’s practice handbook, “Business, Law and the Internet” (2002), which received an Award for Outstanding Achievement for 2002 from the Association of Continuing Legal Education Administrators. Mr. Moritz is a member of the Board of Governors of the Loyola University School of Law and serves on the Board of the Big Shoulders Fund, a major Chicago charitable organization. He also served as President of the Society for Contemporary Art at the Art Institute of Chicago; as President of the Board of Trustees for the Philadelphia based Center for Wood Art; and as a member of the Board of Directors and finance committees for both the Chicago Lighthouse for the Blind and the Arts Club of Chicago.

Mr. Moritz is admitted to practice in New York and Illinois; before the United State Supreme Court; the U.S. District Court, Northern District of Illinois; and the Seventh Circuit Court of Appeals. He received his J.D. degree in 1970 and his B.A. in 1966 in English from Loyola University. Mr. Moritz served as a law clerk to the Honorable William J. Lynch, U.S. District Court, Northern District of Illinois. Mr. Moritz has received the Albert Nelson Marquis Lifetime Achievement Award and has been elected to the American Law Institute. He is Peer Review Rated byMartindale-Hubbell AV® “Highest Level of Professional Excellence” and has been consistently recognized as one of Illinois’ best commercial litigators by the Leading Lawyers Network, Super Lawyers and Best Lawyers. Mr. Moritz is a member of the Illinois State Bar Association, the American Bar Association and the Chicago Bar Association.

SEC proceeding. Investigative proceeding for a significant public company, before the Securities and Exchange Commission. Resolved by a Cease and Desist Order.